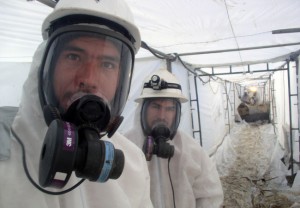 Let’s say you have found the perfect little home. A mid-century modern with a sandstone chimney and a gorgeous view of the mountains. The perfection might just lie in the fact that, despite the advanced age of the home, all of the interior spaces have had little or no remodeling done to them. Basically it would take some work, but recreating the design is going to be easy. Before buying a home like this, or any home for that matter, it is important to consider a few factors. There could be some issues with a variety of indoor pollutants, asbestos and mold. The experts at Now Environmental Services is your leading, local Seattle-Tacoma environmental testing firm. We provide a variety of environmental testing services including:

When you are considering buying a home, it is critical that you have a comprehensive battery of tests conducted in order to save yourself a lot of money down the road. The house could look perfectly normal on the outside and be an environmental nightmare on the inside.

The issue with older homes is a much discussed topic, particularly if you intend to remodel. Remodeling an old home can be a huge issue due to the materials that were used when the home was built. That being said, an older home that has not been remodeled will eventually be due for a thorough renovation. This is important to consider, as the cost of removing old materials may be an expensive prospect.

It is important to remember that asbestos has only been it has only been vilified for the last hundred years or so and its use was fairly common in the early part of the 20th century all the way up to the 1990’s. Asbestos is used for its fire retardant qualities and is still used in developing countries for that purpose. Asbestos is actually a pretty remarkable material but it can create issues if not handled correctly. The major problem with asbestos is when it is introduced into the air and breathed into th
e lungs. The little fibers of asbestos are then trapped in the lung and cause cancer. In reality, asbestos was very common for much of the period after the industrial revolution and it was only declared dangerous in the early 20th century.

An old home can hide many different areas that asbestos may have been used. Keep in mind that asbestos is not something that you want around but the real issue is when the substance is disturbed into the atmosphere. Many homes what have asbestos components are still safe and functional, but the key is knowing when the material has lived past its life cycle and will enter the atmosphere.

Commonly, in homes, asbestos is in flooring, walls, roofing, fireplaces, siding and insulation. That is a lot of potential places where asbestos could be hiding in an old home. The old black and white floor tiles were made of an asbestos compound and although many have been replaced, flooring is sometimes laid over the top of flooring. The classic popcorn ceiling that was so popular in the 60’s and 70’s, quite possibly could have asbestos hiding in it. Asbestos roofing is generally not something that is seen on homes anymore, most of it has been removed already so that should not be much of a concern. Asbestos wrapped pipes is still a common thing to see in a home that has not necessarily going to hurt anything. That being said, if a plumbing issue occurs, it is going to cost a lot more to repair if the pipes still have asbestos wrapping on them. A major source of asbestos in the home is the insulation. It could be in the walls, the attic, the basement and the rest of the home. Acoustic ceiling tiles were first constructed of asbestos based materials. As you can see the list of all of the places where asbestos can be lurking in a home is very long, and we have barely scratched the surface. 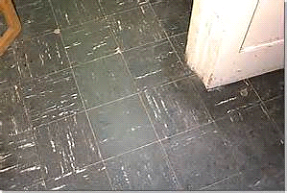 The danger of asbestos is real but just like anything else it is important to be informed about what you have in your home and what you plans are for your home. Asbestos is much more common than most people realize and humans are able to coexist with asbestos, as long as the proper precautions are taken. At Now Environmental Services, we offer a comprehensive testing suite for those considering a home for purchase. It is always best to know what you are getting into; if only for the fact that you know what is inside of your home, it is important to complete a round of testing. Call today for a free phone consultation!