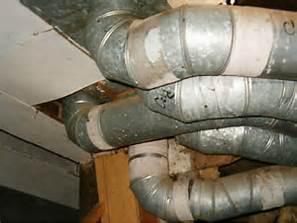 We have been talking recently about the dangers of asbestos. It is really too bad that asbestos is such an issue for humans, because it is a truly remarkable mineral. The experts at NOW Environmental Services are your local experts when it comes to asbestos training and testing. We offer a large spectrum of asbestos training courses; encompassing everything from simple identification of hazardous areas to intensive 40-hour training. Our goal is to provide the most complete training curriculum available anywhere. We also offer classes in mold and lead awareness and abatement in order to offer a complete training experience.

Previously we discussed the dangers of asbestos and a little bit of the history of this mineral. Its history is truly one of the most interesting of all the minerals. Make no mistake, the history of minerals is filled with intrigue, swashbuckling and copious amounts of drama. In this canon, asbestos stands alone. It was once prized for its fire-resistant quality and utilized for many different uses throughout time. Asbestos still exists in several forms all around us and it is important to be educated about the products that contain the substance.

The Saturation of Asbestos

During the heyday of production many products contained asbestos to increase their fireproof qualities. Products were very common in households and eventually were recognized as dangerous. That being said, the frequency with which asbestos was used in building materials in the first half of the 20th century is staggering. It was seen as a cheap way to make everyday materials safer and less combustible. The first recorded death from asbestos exposure occurred as the result of exposure in a manufacturing plant that produced asbestos cloth. One would think that this would have sparked a new way of thinking about asbestos production but corporate america had another idea in mind.

This time in American history was full of stories about the dangers of factory work and a time of definite change. The corporate attitude towards its employees was one of indifference and workers were treated no better than tools to be used until they broke. Toxic chemicals were common in factories and the upper management sometimes made false claims that these substances were safe. The story of the “Radium Girls” is one such incident that led to regulations concerning worker safety. The radium girls worked in a plant that made watches, painting the faces of the watches with radium paint that glowed in the dark. The management assured the workers that the paint was safe and encouraged them to keep the tips of the paintbrushes moistened with their lips. The workers soon began having symptoms of radiation poisoning and it was determined that the management had lied to them, causing a harmful workplace. 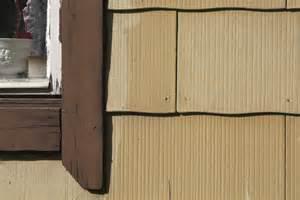 This time period would bring about great change in almost every area except for the asbestos industry who had its own sneaky upper management. About the same time as the radium girls legal battle, the medical community was realizing that the effects of asbestos exposure would create issues down the road. Due to the long gestation period of asbestos related illnesses, the true issues were not known at the time. Thus launching a large scale cover up within the industry and affecting millions of workers. All the way up until the 1980s the suppression of critical information continued until the major court cases began during that time period. The large scale asbestos producers were forced to admit that they had been covering up the dangers of asbestos from its workers and miners for many years. In order to stay in business, the asbestos companies manipulated medical information, stonewalled government agencies and even lied to its own workers. The U.S. Government was not immune from blame as many ships were outfitted with asbestos pipes, yet they did not take the proper action to keep its soldiers safe.

When the lid was blown off of the asbestos industry, most, if not all, of the major asbestos manufacturing companies were forced to shut their doors. Today, we are still dealing with the effects of the asbestos cover up, including health problems and disposing of the dangerous material. Contact NOW Environmental Services for training opportunities and educate yourself or your team about asbestos.